Minute to Win It Party

Last year I turned 30. This was a big milestone and I should have done something big like go skydiving (although my husband thinks that if I did this it would be irresponsible since I’m a mother) or take acrobatic classes. Can you tell I am not afraid of heights?

Unfortunately I had three weddings back to back (one of which I was a bridesmaid and one that was out of town), so my birthday got put to a back burner and not really celebrated in the typical HUGE fashion that a milestone birthday calls for because I just didn’t have the energy.

Well, this year I wanted to do something fun, but still intimate. I decided a dinner party would be a special way of spending time with my friends. My outstanding friends, Rob and Heidi, agreed to host the party since our backyard was a wreck and being prepared for sod.

I made a Chorizo Bake, but substituted it with Soyrizo (or soy chorizo). It doesn’t look like much, but it is super tasty, easy to make ahead of time and inexpensive.

We also had sangria, margaritas, chips and guacamole and salad. I am so thankful for lovely friends that volunteer to contribute to the meal.

It was awesome to get to sit and eat “family style” with all of my friends and listen to the happy conversations around me.

For entertainment, I “hosted” a Minute to Win It Challenge. The original title is a TV show (although I’ve never seen it). The point of the NBC show is that the contestants do crazy things and if they are able to complete the tasks in under a minute, they win an absurd amount of money.

Some of the challenges I got from online and others I modified or made up completely.

Here is a glimpse at the hilarity that ensued (sorry for the lousy pictures, I only had my phone with me and it was fairly dark): 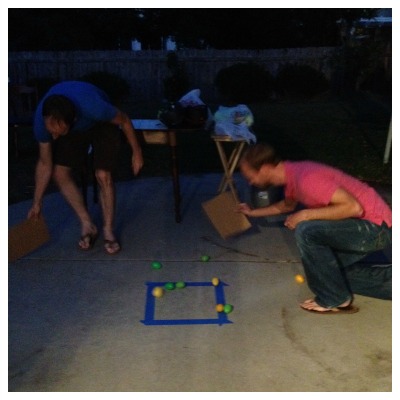 Egg Blow-Contestants have to use a piece of cardboard to get their color Easter Eggs into the blue, taped-off square.

Back Flip-Contestants place pencils on the back of their hand and flip them up and catch them. They start with one pencil and work their way up to six. 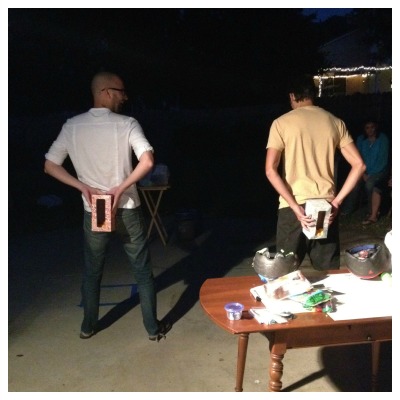 Junk In The Trunk-Contestants place an empty kleenex box that contains six ping pong balls behind them and shake their booties until all of the ping pong balls come out.

Helmet Head-Contestants had to stand 6 feet away from a helmet placed on the ground and throw fifteen cards into it.

Shake It Up-Contestants hold onto a pedometer and shake it at least 150 times in under a minute.

Light As A Feather-This game originally was planned to have the contestants keep two feathers in the air by blowing them, but this proved to be too difficult, so they had to keep one feather afloat in the air, but hitting it with their hands.

Breakfast Scramble-Contestants had to put together a 4 x 5 “puzzle” of pieces I had cut out of identical cereal boxes. (This was SUPER hard…especially since for some reason pieces of one puzzle were missing. Oops!) 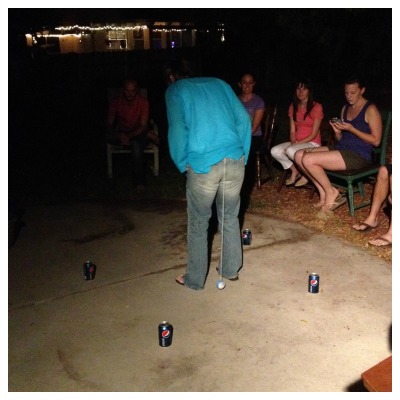 Bottoms Up-Contestants have a yo-yo tied to their back belt loop, then they have to swing it around to knock over four soda cans that are placed in a square around them.

Lastly, as a tie breaker, I had the teams work together to answer as many questions as they could on a “Rena is 31!” quiz I made up. 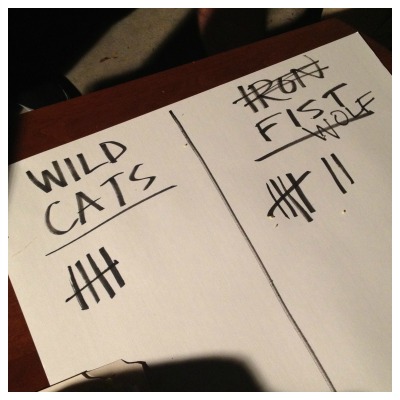 The team “Fist Wolf” (formerly known as “Iron Fist”) were the winners. Unfortunately all they walked away with were high fives and the pride of winning because I totally blanked on providing prizes. (These things happen when you throw yourself a birthday party.) 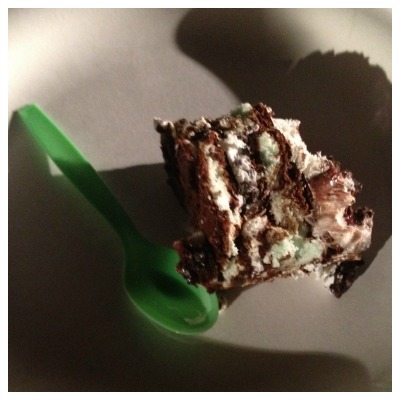 We ended the night playing a dance game on XBox Kinect, which was super fun and a great way to work off the cake we had just consumed. 😉

All in all, I had a perfect night and am so thankful for friends that put up with my silly ideas and don’t mind laughing at themselves.